Dear Car Talk: My husband and I have a bone to pick with you after an answer you gave on the radio a couple of weeks ago. A woman called in saying a guy-friend of hers insisted that when slowing to a stop, she should shift down through each gear, from fifth to first, as she stops. She said that she never does that. Instead, she puts the car in neutral right away and lets it roll to a stop. You said they were both wrong! You said the guy-friend was wrong because the clutch would wear out faster, and it costs more to fix than the brakes. You said she was wrong, too, but you didn’t say why! This is driving us nuts! Why is it wrong to put the car in neutral and coast when you see a stop up ahead? We’re losing sleep over this.

Oh, so you’re the one who’s been calling my house in the middle of the night for the past six weeks!

clutch would wear out faster…it's important. 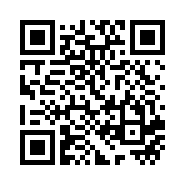